What if San Marino was our winner? 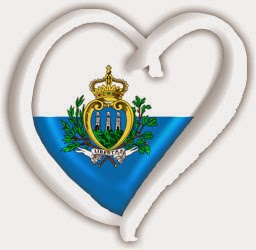 Last year I was really pleased with the final result in Copenhagen. We had a relatively tight battle between two countries that hadn't done well for a very long time and all the top four entries were slower, more demanding entries that all contradicted the usual clichéd stereotype idea of what an ESC entry sounds like.

Had I known the consequences that top four would have for this year's contest, maybe I had held my cheers back a bit.

I haven't really counted but it feels like some wicked witch worked her wand and blew us all back to 1995 or so. Ballads, ballads, ballads. There is no end to the amount of ballads that Europe will inflict on us this year.

Nothing wrong with ballads as such. A well-written ballad at the right time in the running order is always welcome. But the mid-90's proved to us what a challenge it is it sit through a line-up consisting almost of ballads alone.

Not all ballads are good ones either. And if we have to deal with mediocre entries, I'd rather deal with mediocre uptempo than mediocre ballads at any given moment. Ballads do very bad things to the dynamics of the entire show. No sequenced running order in the world can make a the final feel fast-paced if 18 out of 27 songs are ballads.

On the other hand, it means anyone who hasn't revealed their entry yet has a chance to really stand out. There still isn't a single quality up-tempo pop stomper in the whole line-up (sorry Israel, but you don't meet my criteria here) and anyone providing that kind of showstopper would look like a very possible winner.

Given the kind of song they usually enter it doesn't look likely, but wouldn't it be fantastic if San Marino had given their teen starlets a real firecracker of a pop song with a catchy chorus and an infectious atmosphere?

The Sammarinese entry will be revealed on Monday. Until then I'm going to stay in this fun dream world and try to think up what Eurovision would feel like with San Marino in the top three.
Posted by TobsonHelsinki at 14:57