Drama Made in Austria 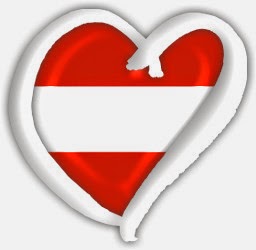 I just couldn't leave this gem untold - the Das Beste Story really deserves a blog post of it's own. For the first time in six years, ORF decided to stage a national final to find their eurovision entry and "Ein Lied für Zagreb" wasn't a bad final at all.

There were many good songs and the show itself was pretty slick. Lizzi Engstler - who had previously sung for Austria as one half of the duo Mess back in 1982 - was chosen to host and did it in a slightly forced but mighty jaunty way.

Lizzi would get to work hard for the money before the show was over - when song eight entered the stage it was the start of a drama that would tickle the Austrian imagination for days. The duet fittingly called Duett only made it halfway through the song before Monika, the female singer, suddenly falls over and faints on live television.

When you are aware that she's not hurt, the ensuing studio chaos is most entertaining to watch. Dear Lizzie isn't quite sure of how to proceed - or indeed how to kill time - and starts rambling on about how much Monika had looked forward to this evening and - with the biggest smile - tells the audience how the singer had lost 20 kilos prior to the final and how that possibly could be the cause of her fainting. Empathy, anyone?

Soon enough Monika recovered, Duett got to perform a second time and "Das Beste" won a clear victory. Right after the show, people started voicing their suspicions that the whole incident had been planned in order to grab a sympathy vote. A newspaper headline even had a doctor stating that "nobody faints like that".

In the end the song was disqualified anyway - not because of the fainting incident, but because it had already taken part in the 1988 German semi-finals without qualifying.

Instead runner-up Simone went to Zagreb and bagged herself a respectable tenth place there, while next year's Austrian final had a new rule stating that every performer gets one chance only to perform. If you faint - you're out. Empathy, anyone?