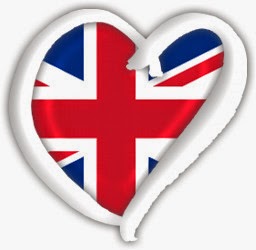 What happened last night really was as predictable as a Helsinki snowstorm in early March: the UK revealed its internally selected entry for Vienna and the Eurovision fans went absolutely ballistic. And not in a good way.

There had been rumours flying around social media: first somebody knew it would be Alexandra Burke singing for the UK, then somebody else knew the chosen act to be from Scotland - perhaps Amy MacDonald.

And so the act is announced to be Electro Velvet. Electro Who, the audience asked. And then the chosen entry started to play.

I think the amount of public outrage during and after the song presentation is a bit harsh. The ditty in question is at least an attempt at being personable and quirky, even if the the song itself never quite lives up to the promise set by the clip and the soundscape presented. Had it been the entry of Iceland or Hungary or Georgia we would all find it quite enjoyable.

For Vienna it would need a very polished, energetic and convincing performance of the kind that Ukraine could hammer out in their sleep. Not too sure about these people pulling it off.

The big problem for the BBC is that they find themselves in a position where the audience will be negative by default to any song proposed to them. Had it been Alexandra Burke or Amy MacDonald, people would still have found things to be upset about. The BBC can't win. United Kingdom turned into Finland when it comes to ESC expectations.

Mind you, it's a position they've worked hard to achieve in these last few years.

I would often advise countries with dodgy national finals that consistently fail to find suitable entries to scrap the whole thing and select internally. The BBC did just that but didn't make much of it. The point of internal selections must be to do your best to manage to pull out something remarkable and professional from somebody who'd never enter a national final. Electro Velvet just can't live up to that expectation.

If it really is impossible to stage a decent televised national final, the BBC really should try harder. Is there - in the entire country - not a single established, reasonably relevant performer willing to do Eurovision for them? Really?