Portugal rejected Adelaide (How could you, Portugal?) 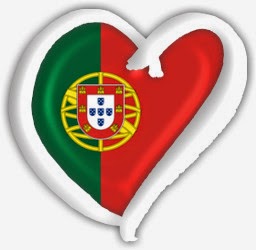 Last night I went to see "The Imitation Game", had too much candy to eat and felt far too sugary coated to be able to sleep. I decided to watch the Portuguese semi final instead.

The first Portuguese final I ever saw was the one back in 1996, which in retrospect has proven to be possibly the best Festival da Canção on record. At least four or five songs were really good in the sense that they would have been suitable for Eurovision, something I haven't really experienced since.

This year, feeling the current line-up of songs for Vienna is quite meagre, several fans have started pinning their hopes on Portugal finding that masterpiece entry that will make them a real contender. Nothing in the first semi would point in that direction, to be honest. But at least there was Adelaide Ferreira.

Adelaide - in case you don't remember - represented Portugal back in Gothenburg 1985, where she was a bit of a press favourite and seen as a possible surprise in the making before her entry crashed and burned on second last place.

Thirty years later, she was back in the running with her song Paz. Perhaps not the strongest song since the beginning of pop culture but well performed and clearly one of the better ones in this semi. Click here to see it on RTP's web.

But do the Portuguese reward her for trying? Indeed they didn't. Really not the way to treat a lady. Remains to be seen if they are about to treat Simone de Oliveira any better in the second semi.