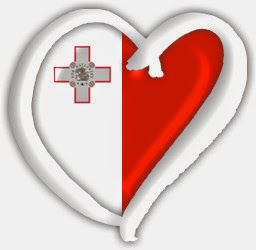 In later years, Eurovision has been accused of turning less into a song contest and more into a big circus where you need special effects and gimmicks and fireworks in order to get anywhere.

There is some truth to this, I must sadly admit, but not as much as many critics would have it. Sometimes all you need is the right song and the right performer at the right time.

In Kyiv, far too many countries had brought drums. Not just a drum or two but loads and loads of drums. The nightmare drum award might have gone to Romania but many others were not far behind.

Malta just had a ballad. A very classical ballad, perhaps slightly too reminiscent of "The Power of Love", made famous by Jennifer Rush and Céline Dion, performed by Chiara who, against all odds, had landed a third place in Birmingham seven years earlier.

Chiara was alone on stage, had no special effects and didn't even have a particularly good draw - performing as number 3 out of 24 entries. And yet the ballad broke through, was awarded a lot of points and even though it never really got close to winning it remained a victory for the simple and understated.

A deserved 2nd place?
Well, yes. There were more spectacular entries in the running that kept eating away points from each other. For a ballad, I enjoyed the entry of Israel more. But in no way undeserved.