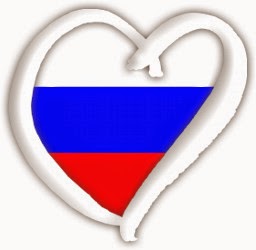 The 90's weren't really a golden age for Russia at Eurovision. Not because their entries were bad - Youddiph and Alla Pugacheva were brilliant - but because nobody took them really seriously and they didn't seem to be able to play the game.

Especially not when in 1999, reportedly, Russia had to sit out since none of the two broadcasters taking turns to provide the entry had read the rule than any country wishing to take part in one year had to carry a live broadcast of the contest before. None of the channels had shown the 1998 contest and Russia found itself ineligible.

It was time for Russia to step up and show they could be modern, relevant, accessible, hip and a real contender in pop culture. They decide the right person to do this would be an emerging starlet named Alsou. She was only 16, but very up-and-coming and was given a song by international songwriters.

Not only did Alsou go down a storm in Stockholm, her presence would also mean a lot for the future of Eurovision in Russia. Her entry soon became the best selling single of all time in Russia, later knocked off its throne by another Alsou track where she sang in duet with Enrique Iglesias.

Nine years later, Alsou would make a dignified comeback to the ESC spotlight as a warm, charming and most competent host of the 2009 final hosted in Moscow.

A deserved 2nd place?
Absolutely. Pushing things forward in a most positive way, it also helped establishing a much more positive idea about Russia among the people watching the contest. A positive image that unfortunately has been largely shattered in recent times.