Finland: the day after 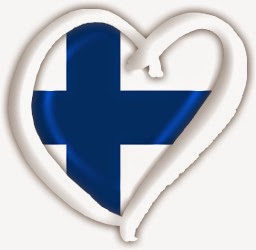 It's never a pleasure when your own country's national final ends in a way you find disappointing. Even worse when it ends in double disappointment. Let me try to explain.

In my prediction yesterday, I thought Satin Circus would win and represent Finland in Vienna. A promising prospect; to send a reasonably modern and radio-friendly pop song to the ESC in a year  where the pop songs seem few and far between.

Instead we end up with a song I find a lot weaker. Punk isn't my thing, really, but even for being a punk song it's pretty basic.

My initial disappointment is that Finland will not send the best possible song - according to my taste - when there were good candidates in the running.

The second - and bigger - disappointment is of course the reactions after Pertti Kurikan Nimipäivät won. The total and utter outrage triggered in some people because an ESC act breaks the norm is nothing short of frightening. Mud-slinging and name calling. There is no shame in being disabled, you know.

I'm also torn between what is worse: the haters or the fakes. The fakes who want to be so understanding and free-spirited and liberal but who display just as much prejudice as the haters. If you vote for PKN because you're amazed somebody disabled can stand on a stage without falling over, you just reveal how little you think of disabled people in the first place.

As for the rest of the results, I was surprised to see Shava receiving so little love from the televoters despite being the big winner of Yle's online gallup prior to his semi final. It just goes out to show how little gallups like these really represent public opinion.

On the total, the UMK final was a really good show, brilliantly hosted by Rakel Liekki and Roope Salminen, showing off good production values. A quicker pace would be welcome for next year, but you won't find many entertainment shows on Finnish television that are better than this.

And I guess the bottom line is that an entertainment show that provokes this amount of emotions really is public service at its best.