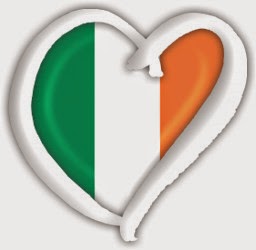 There is a fair amount of mumbling going on among eurovision fans right now as the uniform opinion forming is that 2015 is shaping up to be the slowest and least convincing line-up since the mid-90's or so.

I do agree that there is an unfortunate amount of ballads piling up and whenever there are too many low-key entries in a row, it threatens to do damage to the dynamics of the show. For some reason it is easier to sit through five mediocre pop songs in a row than five mediocre ballads.

When one ballad gets selected after the other, it also clouds your judgment. As soon as you hear the next ballad chosen, you easily discard it right away just for not being uptempo.

Then suddenly, when you get one of these sings you already decided to think little of singled out in front of you, suddenly they can open up and reveal themselves as tiny masterpieces. The first one I had to reconsider a while ago was the pretty appealing pop entry from FYR Macedonia. And now I am about to apologise in public to Ireland's Molly Sterling.

When I watched the Irish final I kept asking myself how a nation of song can hark up such dull entries and when Molly came on as the last entrant my attention span had already ended.

Upon hearing the studio version today, I had to ask myself if it was still the same song. What made me yawn during the national final finally sounded like a young Kate Bush. Melodic, warm, pretty darn wonderful.

I'm still scarred by Ireland winning the contest to pieces in the 90's and haven't supported an Irish ballad since Niamh Kavanagh's "In Your Eyes" but now I just have to lie down flat and surrender.

Ireland - I think I love your entry. Just so you know.

Molly Sterling - Playing With Numbers (Ireland 2015)
Posted by TobsonHelsinki at 10:33