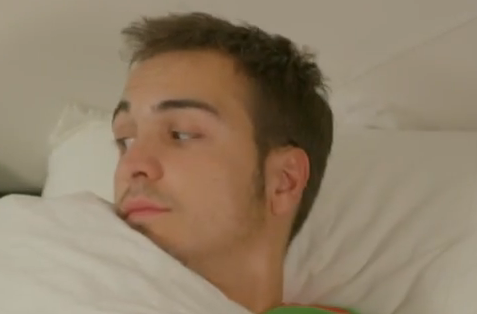 It's not an understatement to say that Roberto Bellarosa got off to a false start in his relationship with the eurofans across the continent.

During the Belgian pre-selection he performed three songs while suffering from a fever and a sore throat and didn't sound very convincing at all. Despite having previously won La Voix de Belgique many fans simply decided that this guy can't sing.

It didn't even help when the new, polished version of "Love Kills" was released and it didn't help that Roberto gave a convincing vocal performance in Malmö. A large portion of people were not going to give him any second chances.

Too bad for them, really. Because Roberto Bellarosa really shows great promise and his latest release is a really catchy and functioning little pop number. I have no idea how easy it is to be a pop star in French-speaking Belgium or maintain that status, but if Roberto keeps releasing material like this he has the potential to stay around for a long time.