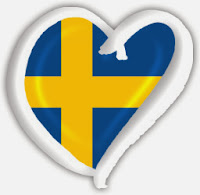 Posted by TobsonHelsinki at 20:17 2 comments: 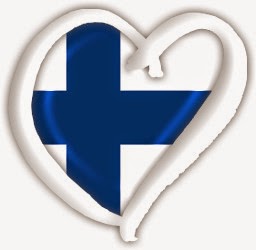 This week I am completely ditching Sweden and Andra Chansen in order to focus on Estonia (I haven't had time to catch up there so no review coming up, unfortunately) and above all Finland. Since the three competing entries were revealed, there has been a certain amount of buzz around Suomi. Is it time for me to eat my words from when Saara Aalto was selected?

Seriously, folks. It is not. The songs lined up all have their qualities and are solid efforts so everything comes down to Saara Aalto herself in the end. And that is where my worries were in the first place.

The performance costumes - presented with much pomp and circumstance earlier this week - suggest all three performances could be pretty OTT and that is a concern of mine. What will we see tonight? Will there be huge show numbers that can't be recreated in Lisbon or are tonight's performances what would be shown on stage in May as well?

If there is too much madness going on show-wise, is that an attempt to highlight Saara or could she get lost in the middle of everything? Saara is in many ways a Finnish Linda Bengtzing who wants to do well so badly that she loses her cool every time it really matters.

If Saara can keep a lid on herself tonight - and even more importantly in Portugal later in spring - Finland could be a contender. It all comes down to whether the can deliver and actually be the performer she wants to be.

What about the songs, then?

1. Monsters
The first song revealed also turned out the be the strongest of the bunch. A contemporary pop number with a clear hook and possibly not too much space for Saara to go bonkers. Staying controlled is a key word in all three performances. My main objection is that it wouldn't have hurt had it been a bit heavier. Is it too late to remix it for Eurovision?

2. Domino
A very good song but also a relic from a time gone by. This is the perfect G:son/Ljunggren ballad that proved outdated already in 2012 when the fabulous "Quédate conmigo" somehow barely made it into the top ten with a similar sound and a similar high note climax. Here is also a big risk of Saara running away with herself and over-perform vocally like there was no tomorrow.

3. Queens
I had hoped the last song would be the real killer track but instead it is a surprisingly shattered effort that mainly sounds like something Britney Spears might have toyed with a few years ago. Not having any crystal clear artistic identity as yet, Saara should definitely refrain from straying into someone else's territory and run the risk of being labeled a copycat.

Prediction:
While "Domino" is perhaps the closest to what Saara really wants to be, "Monsters" would clearly be Finland's best shot at ESC success. I predict - and hope - that tonight's result will be the same as the running order. And more than anything, I hope Saara will keep herself composed and pull this off.

As per usual, I will also live tweet during the show. Feel free to follow and discuss and talk back at me.
Follow @TobsonHelsinki
Posted by TobsonHelsinki at 14:01 No comments: