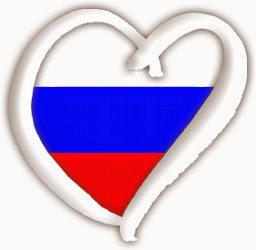 According to an article in PinkNews the Russian delegation in Copenhagen fears that they will be subject to hostility when they appear in Eurovision this year. There are fears that the audience will boo or otherwise show their discontent with Russia's current politics.

There is the situation in Ukraine as well as recent anti-gay legislation, but there have also been numerous cases of Russian officials slandering the contest, calling it a sodomy contest and other less appealing things.

For me personally, this is a hard nut to crack. At this very moment I am strongly opposed to many things that go on in Russian politics for obvious reasons. I think the Russian delegation is very right to be worried - people are not happy with the situation and are likely to be vocal about it.

It is unfair towards the Tomalchevy Sisters who are unlikely to be any driving force behind neither Russian minority treatment nor Russian foreign policies. But a song in a song contest like this doesn't just represent itself but also the country it is connected to.

I'd like to question Russia's foreign songwriters more than the singers: are you comfortable representing Russia under the present circumstances?

But I also insist that songs should be judged on musical merit alone. If a song is good, then it is good. If a performance is brilliant, then it is. At some point you have to disconnect these two things.

And I really hope the Russian entry won't get booed in Copenhagen. For the simple reason that booing is never an OK thing to do. Booing is for fools. If you dislike something or disagree, you can remain silent. Don't clap, don't cheer, don't boo.

Cows go moo. Fools go boo. And that's what I have to say on this matter.
Posted by TobsonHelsinki at 20:18