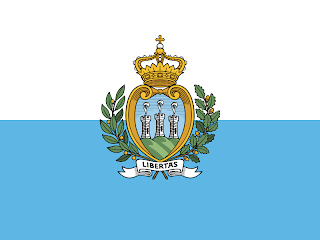 Where do I begin? For years I've been writing that San Marino should knock off their co-operation with Ralph Siegel since it only makes them look ridiculous.

The Sammarinese were however keen on showing the world they can look ridiculous also on their own and rumour has it their internal selection had precious little to do with music but only with who was ready to put money on the table. Eurovision Bidding Contest. Reading between the lines of Serhat's biography lets you understand he has wanted to be a successful performing artist for many years and here came the big opportunity.

I actually sort of liked the original version where Serhat was crooning his way through what could have been a late 1970's B-side by some classy French singer. Dalida could probably have made something interesting out of it. The weird video alone, presenting Serhat as some Bond villain in seclusion - possibly singing a love song directed to himself - was worthy of some sort of reward.

The new disco version is possibly more user-friendly but only manages to underline how endearingly rubbish the whole thing is.

Qualifier:
Not impossible. For the first time since 2012 there is a "Turkish" entry to vote for. And with the right performance the audience might get all confused and reward San Marino for its entertainment value. Part of me is hoping for that to happen.