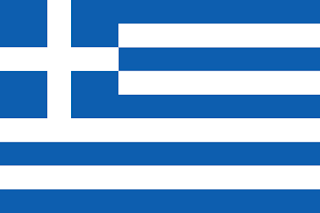 One day sooner or later everyone is going to fail. Since the introduction of semi finals in 2004, Greece has not missed a single final. A fantastic achievement for a country that had never placed better than 5th prior to 2001.

Lately things have not been going as swimmingly. The Greek entries made it to the finals but failed to impress there and I got the feeling it was maybe just a matter of time until the Greeks would get stuck in the semi. Maybe the day has come.

While there are many things to like here - the rap part is likeable and the ethnic elements feel classy - the chorus is a big fat Greek letdown and the package just isn't working like it should.

Qualifier:
No. Unless this comes wrapped in the most sensational stage show we've seen, this is unlikely to do well. Would even Cyprus warm to this one?