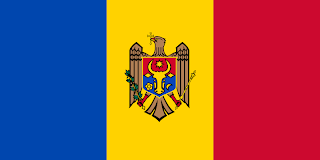 Moldova may be one of the financially poorest countries in Europe but in Eurovision they have done so well anyway with original and innovative entries. For a small country, the Moldovans have poured out more than their fair share of quality through the years.

Unfortunately it seems they lost some of their confidence lately. Last year they missed out on the final for the second year running and just like in Vienna they will rely on foreign songwriters again in Stockholm.

Lidia Isac is a good singer who does what she should but she hasn't been given an awful lot to work with. This song feels more like a songwriting exercise than anything else. No passion, no energy. Not a trace of anything similar to a beating heart. Indifferent.

Qualifier:
No. Had it had a more favourable spot in the running order and Europe would crave anything schlager-esque - no matter how pale - then it could have had a tiny chance. But no.