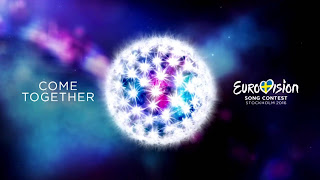 It took a while - at least a great deal longer than expected and longer than initially promised - but today we finally had the running order for the 2016 semi finals. There were a few surprises indeed but in general I think we can expect well-paced shows come May.

This delay made sure I can't stick to my usual formula of reviewing one song per day as a run-up to the contest as there are not enough days left.

Instead I will review two songs per day (but today there will just be one). The reviews will be shorter and snappier (maybe better?) but will still include my predictions on whether or not a song will qualify.

These reviews of course reflect my own opinions and you are all free to give your own in a comment or two. Join the fun!