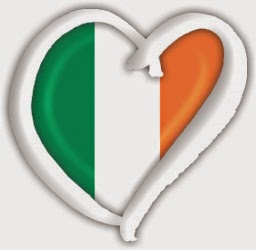 Ireland made a relatively late debut at the Eurovision Song Contest and their 1967 entry was only their third participation. They had already proved popular with the juries, opting was simple and soft ballads, competently performed by male singers.

Sean Dunphy brought a deep and very pleasant voice that added quite a bit of personality to his ballad. So did the very nice orchestral arrangement with it's cute little piano bits.

It's all very nice and pleasant but a critical ear will still hear that beneath all the nice detail and the flawless vocal delivery, there isn't much excitement going on at all. A pretty standard ballad that in no way troubles or disturbs or leave any visible traces anywhere.

Ireland would make this something of their own thing at Eurovision: celebrating the simple and understated and scoring pretty well with songs that were clean-cut and pleasant but not particularly interesting.

A deserved 2nd place?
Let's see. The juries could have love bombed "L'amour est bleu". Or "Il doit faire beau là-bas". Or "Hablemos del amor". Or "Boum badaboum". Or "Anouschka". Instead they went for this one. A victory for the safe (and dull) ballad. Not what I would have wished for.