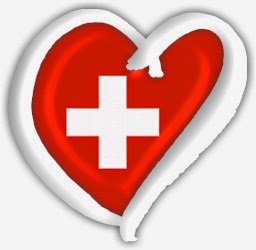 Switzerland 1969 has the distinction of being the only runner-up in Eurovision history not to end in second place.

Since the jury system collapsed in a most spectacular way during the live broadcast - ending the 1969 contest not only in a tie but in a tie that included 25% of the participants - and the rule book clearly stated that a tied first place meant a shared victory, then all four winners won and the song in fifth place was the official runner-up.

It's not a bad song at all - catchy and cheerful. Almost as cheerful as the performer herself, ever-smiling Paola.

It also has a very positive set of lyrics and feels like a good way of kicking off the new year. If it could always be as happy and carefree as the mood of "Bonjour, bonjour" it would be nothing short of fantastic.

A deserved runner-up?
It depends how you look at it. The 1969 ESC has quite a few really fine songs that were neglected by the juries - Italy, Belgium, Portugal, Ireland, Norway - and would have deserved this position equally well. But everytime Paola starts singing, I melt a little. So my answer is yes.