I must admit that it came as a tiny bit of a surprise when Sveriges Television announced that the 2013 Eurovision Song Contest would be held in Malmö as I, pretty much like the rest of the world, was convinced that the selected venue would be the new Friends Arena in Stockholm.

But hey, welcome to Malmö! 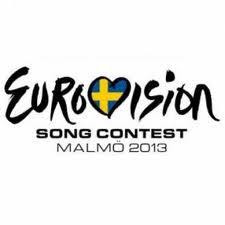 When the news had sunk in, and you had time to think about it, the choice should only come as a moderate surprise. There are at least four good reasons for this decision.

Reason One:
Stockholm is hosting the Ice Hockey World Championships which, partially, occurs at the same time as Eurovision. This would put a strain on the availability of hotel rooms and it is - arguably - a bit silly to place to high profile events in the same city at the same time.

Reason Two:
There is more to Sweden than just Stockholm. The capital is the obvious choice, but why not shine a light on other parts of the country as well? I wouldn't mind Linköping as a future host city, for instance.

Reason Three:
Malmö needs the good publicity. For the last few years, Malmö has had loads of negative attention in the domestic press as a place with social and ethnic tension, which has also spilled over into international media. This is Malmö's time to shine.

Reason Four:
Surely one of the more important factors for SVT: the EBU wants a smaller Eurovision Song Contest. They stated in no uncertain terms that the ESC needs to grow smaller in the next years to come: smaller venues, smaller press facilities, fewer people with accreditation. All of this to keep it possible for smaller countries to host the contest in case of victory, but also for the sake of the image of the ESC: given the financial situation it is not credible to put as much money into the hosting as some recent host countries have.

Many fans have already (loudly) stated their discontent with the choice, but it should come in handy for most delegations to be able to easily promote their entries in two countries at the same time: host country Sweden as well as nearby Denmark.

It should be a win-win situation for most, then. Bring it on, Malmö - host city for the second time around.