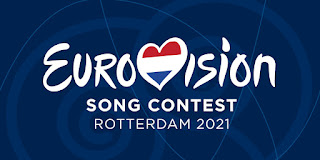 In no way do preview clips tell us all we need to know in order to judge the entries at Eurovision correctly. But no rehearsal clip in the world tells you the truth other. They're not designed to.

Rehearsal clips are teasers, meant to feed our appetite without giving too much away. Like a good movie trailer they should pick our interest without giving away any major plot twists in advance.

Many of the blogs reporting from the rehearsals fall into the trap that I myself have fallen so many times when on location: you start paying too much attention to small details - what gorgeous lighting, what a cool backdrop, what an odd camera angle - and forget the big picture. If your song isn't strong enough in the first place, few things can help you. It can happen, but it is fairly unusual.

So these reviews are written before I have seen anything from Rotterdam (on Monday night to be precise) and here are my views before anything else began to blur my judgment. 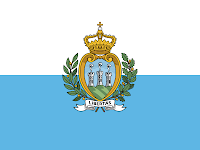 01. SAN MARINO Senhit / Adrenalina
This was a clever move of course: get an okay song from a bunch of Swedish songwriters - this song has a staggering amount of TEN people credited who probably contributed 18 seconds each - and spice it up with the help of a famous rapper. I have liked Senhit since Düsseldorf but while this is another suitable opener it also has an air of desperation to it. One of the songs I wish I liked more - one I wish I had genuinely liked - but just like last year, I don't fully connect with the material Senhit is working hard to make work.
My grade: 2/5

02. ESTONIA Uku Suviste / The Lucky One
I can't help but wonder what happened to the quirky Estonia that did their own things and went their own ways - sometimes brilliants, sometimes plain puzzling - but never really made the effort to be liked. This is a well-crafted little song, very carefully put together in order not to offend or push anyone away. Three cosy minutes and entry that does nothing wrong but that won't really matter to anyone either.
My grade: 2/5

03. CZECH REPUBLIC Benny Cristo / Omaga
It might sound harsh, but Benny Cristo is the first one on stage in this second semi that comes across as genuinely doing their thing because it is their thing, not because they think it is a way to grab votes. "Omaga" is a fun trip and a good mood but possibly a bit too difficult to get a firm handle on already on a first listen. I hope to see this in the final but it is borderline territory for sure.
Grade: 3/5

04. GREECE Stefania / Last Dance
Last year I wrote that the Greek "Dream Team" sounded a bit tired and in need of a holiday. Maybe they got some time off at some point, since their entry this year sounds a lot sharper. Or at least they found themselves a really strong chorus, but just like Cyprus the song takes cumbersome ways of getting there with a verse that drags the whole thing down instead of lifting it up and clunky lyrics that makes it no favours. Good enough for a decent placing in the final but it could easily have been a great deal better than it is.
Grade: 3/5

05. AUSTRIA Vincent Bueno / Amen
The second song called "Amen" this year - I doubt the larger audience will remember much about Slovenia at this point anymore - and clearly the better one. Not sure the lyrics are the most suitable I could have thought up during a pandemic but the vocal delivery is strong and the overall impression is good. With a bit of luck - Austria is often in need of luck, very much like Finland - it could squeeze into the final and cause at least a minor surprise.
Grade: 3/5

06. POLAND Rafał / The Ride
Poland sidestepped their candidate from last year - which they were free to do, of course - in favour of a former singer who is these days a tv-host at TVP - once a public service broadcaster, these days a mouthpiece for the government - armed with a Swedish pop ditty straight out of the budget department. The old saying goes "if you have nothing nice to say, then say nothing at all".
Grade: 0/5

07. MOLDOVA Natalia Gordienko / Sugar
One of the greatest efforts of Moldova at Eurovision is to bring a sense of humour and fun into the competition, an ambition they stay true to also this year. A fun video clip helped selling the song, but this "Siren Song"-light works pretty nicely in its own right. Reports from Rotterdam suggest the rehearsals have not been all that, but at least Natalia will make a better impression than she did in Athens fifteen years ago.
Grade: 3/5

08. ICELAND Daði & Gagnamagnið / 10 Years
The dullest kind of party you can be in must be the one where everyone is having a great time and you just don't get what it is they all enjoy. That's where I sit with this Icelandic entry. I totally do not understand what it is other people see in it. I really liked this bunch last year, but "10 Years" never take off, it never goes anywhere until it is suddenly over. If I'm wrong and everyone else is right and Iceland wins, I promise to be happy for them. But please explain because I just don't understand.
Grade: 2/5

09. SERBIA Hurricane / Loco Loco
Serbia's Mean Girls come storming (yes, yes) with the kind of song that makes Euroclub go crazy and I really enjoy their energy. I'm not all that easily swayed by the regular fan pleasers but this has something unusual and personable and puts me in the mood for dancing. I see the risk that the performance could turn a bit messy but I wouldn't let a bit of chaos dampen my mood. In my list, this is Serbia's best entry in the last ten years.
Grade: 4/5

10. GEORGIA Tornike Kipiani / You
Honestly I had anticipated some sort of noisy and user-unfriendly rock thingy along the lines of the song he had in store for us last year, so when I hear Tornike's song for 2021 I was very pleasantly surprised. Soft and melodic - sometimes it makes me think of "Annie's Song" by John Denver - it revealed a beating heart I didn't expect. Totally and utterly chanceless unfortunately, but a song I personally enjoy listening to.
Grade: 3/5

11. ALBANIA Anxhela Peristeri / Karma
Even if you didn't know which song represented which country, it would be fairly easy to pinpoint the entry of Albania. As soon as there is a dramatic female singer performing a dramatic ballad - not seldom wearing something dramatic to match - it's usually the one. "Karma" is one of the best efforts in the genre as of late as it combines the usual Albanian passion with a hit sensibility and also has a strong hook. Should be bang in the final.
Grade: 4/5

12. PORTUGAL The Black Mamba / Love Is On My Side
In the first semi I had to eat my words about Israel, while the song that grew on me the most in the second semi is Portugal. When I say it grew on me, it means I no longer have it in my last place. Some people will appreciate this smooth piece of lounge music - maybe enough to even tilt it into the final - but I still find it bland and unexciting. And I'm still not a fan of Very Nasal Voices.
Grade: 2/5

13. BULGARIA Victoria / Growing Up Is Getting Old
It's a bit much to ask for anyone to be totally brilliant two years in a row. Last year, Victoria was my personal winner with a very emotional song and Bulgaria is sticking to the same recipe now. This is very good - don't get me wrong - but not quite as good. Understated and pretty and very well sung this is bound to do well and is only a minor disappointment compared to what we almost had last year.
Grade: 4/5

14. FINLAND Blind Channel / Dark Side
Rock from Finland - or violent pop, if you so wish - is a dear old phenomenon that we haven't seen for a few years. A hit on home ground and a pretty sure qualifier, this one still somehow fails to rub me the right way. "Put your middle fingers up"? That's a fifth-grader's idea of the dark side. This wants to be a big monster roaring but is merely a fluffy kitten hissing. It has grown on me since the national final and could do reasonably well in the final but is pretty far from my personal cup of tea. When there is rock, I'd like a bit more claws than this.
Grade: 2/5

15. LATVIA Samanta Tina / The Moon Is Rising
Let's start with the positives: Aminata is still a very interesting songwriter and Samanta has a strong personality - she is a joy to watch and has the vocal chords to match. This is not your typical eurosong, to say the least. That's good, I like it when people challenge the formula. The negative part is that very much like Australia, I have listened and listened and never really found my way in. Maybe there is a good song waiting for me in there somewhere but I am yet to set eyes on it. So it is very likely that this package will be too demanding to hit the viewers on one listen.
Grade: 2/5 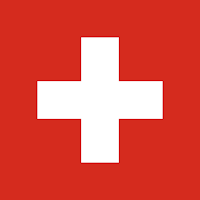 16. SWITZERLAND Gjon's Tears / Tout l'univers
Out of all really fantastic singers that populate the lineup of this year's Eurovision (and last year's) my big revelation remains Gjon's Tears. There is something so captivating and fascinating about him, his way of singing, his appearance and his way of answering press questions - or not. I must admit to being a bit worried as to whether they'd find a new song that would suit him as well as the first one but there was no need to worry. This year's Swiss entry is a firm little number making use of all Gjon's assets and framing them even better. A personal favourite and not an unlikely winner. Not at all.
Grade: 5/5 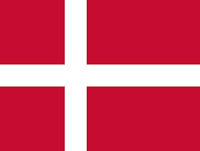 17. DENMARK Fyr og Flamme / Øve os på hinanden
Denmark has sent many, many years in some sort of Eurovision Limbo where they have sent entries to the ESC that have done well or reasonably well but that nobody has cared for much outside of the contest. It's fascinating to see that when they finally make a U-turn, explore their own pop history and enter a song that made it to number one in the local hit parade, a lot of people expect it to flunk in the semi final. Maybe it will but I hear wonderful echoes of Hot Eyes, Snapshot and - most of all - Laban and can't help wonder if there are not plenty of people old enough to remember the 80's and willing to vote for this? Regardless, it is another one of my big personal favourites of 2021 and the first Danish entry I really care for in almost two decades.
Grade: 5/5
This whole post is a message from the past, written before the first semi final. My official prediction will drop on Tuesday and then we'll see if my antennae are as sensitive as ever or if they lost it.
Posted by TobsonHelsinki at 10:00