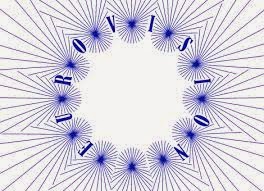 This is the place where I would usually write something about how weak a result six correct out of ten is and how I hope tonight will be better and then some other clever observations about the contest in general. This has however been a long day and I am fighting against some deadlines so I will just quickly list the eight songs that will not make it through tonight.

The only things I really hope for tonight are these two:

I hope the artists realise that tonight is the big thing. Find your energy, find your passion. Project for dear life. Break through the screen and take the viewers by storm. Semi one was far too restrained for my taste.

Then I absolutely hope to get more than six right tonight. Six? That’s pathetic.

These are the eight songs I predict will be out on their ears before bedtime:

IRELAND
I like it and most people will like it but it comes very early on in the show and doesn' leave a single trace. Perhaps the most obvious non-qualifier of this bunch.

LATVIA
Very much like Ireland I appreciate this very much. But who on earth would think this is the best song, the one they have to televote for?

LITHUANIA
They have a lot of friend in this semi that are likely to vote for them. But there is more to life than just maths. This is just too boring.

AUSTRIA
This pains me as Paenda is a rather lovely performer. But someone at the ORF should have advised her to go for something easier to retain on a single listening. "Die Zeit ist einsam 2.0" will live on in my headphones but will have a bumpy ride here.

MOLDOVA
My least favourite entry of all 41. Dull, pointless, void of personality. All of that worked for Estonia on Tuesday though so who knows?

ALBANIA
I'd love to be wrong here. I enjoy the suggestive intro and the impressive chorus but the verse seems to go on forever and from what I hear the staging doesn't do it any favours either.

ROMANIA
Could it be? Can Romania miss the final two years in a row? Personally I think this would deserve a spot in tonight's top ten, but then again - who would take action and actually vote for it?

CROATIA
This is a real wild guess. This could just as well be Norway. Or Denmark. Or North Macedonia. Or even Malta. Or Armenia. But I don't think a Jacques Houdek entry without Jacques Houdek will set the scoreboard on fire.

I have predicted an early exit for Norway throughout the season but now it suddenly feels like the Norwegian brand of crazy is something we need in the final.

If you want my opinions as the second semi final happens, Twitter is the place to be. Feel free to interact with me!