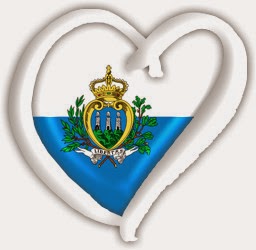 I got six out of ten correct. That's a bit of a fiasco, isn't it? Or is it? Here are some words in my defence.

This was always going to be a very open semi final with an okay but lean line-up. Most of the songs were basically on the same level - not bad but not outstanding - and it would always come down to luck for the last places.

What surprised me when I watched the semi was the general lack of energy and conviction. Tired and half-hearted performances, loads of them. Some of the entrants I have predicted for the final really underperformed.

I knew my prediction was turning to dust as I watched the songs parade over my screen. Poland had a strange lack of energy, Hungary was surprisingly static, Belgium felt shy and fragile in a bad way, Portugal just turned into white noise.

It will be very interesting to see the full results on Saturday night. How close can it have been? My guess is mega super close and that the last three finalists or so were completely arbitrary.

Greece performed really well. Her voice is divisive but that's the stuff stars are made of. Could possibly go very far in the final.

Iceland has their attitude nailed down to the final inch. Had the vocals been stronger in the chorus, this could have been a potential winner.

Slovenia going through as the last country was a complete relief. Saving them for last also implies they had a pretty good score tonight.

Do I miss anyone who missed out? Not really. I predicted Hungary and Portugal mainly because so many people seemed to like them. Poland would have been a good qualifier but would have needed much more presence. Belgium was reduced to nothing in the end.

I promised to be happy for San Marino if they made it through and I am despite Serhat's vocals being among the worst. Awkward and tone-deaf, they are still heading for their best ever placing on Saturday.

The one I don't feel the tiniest bit happy about is Estonia. In my mind, that is one of the most rubbish songs in the entire lineup - also surprisingly badly sung in the semi. I would have traded that for any of the non-qualifiers. Even that Lahakat Shiru tribute act from Montenegro.

Thursday will see a rise in quality that will subsequently - hopefully - make things easier to predict and the final result depend more on who is good and less on who got lucky.
Posted by TobsonHelsinki at 01:17