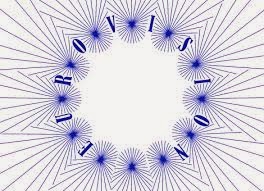 These days when I don't really work with Eurovision anymore, I more and more get the feeling that it is sneaking up on me. Is it tonight? You can't be serious? And now I have to make an educated guess who will make it to the final?

I have deliberately not watched any rehearsal footage as I want surprises tonight but I have read what others have written.

Honestly it feels like the amount of analysis or reporting coming out of Tel Aviv has been surprisingly low. Maybe I follow the wrong accounts but several have done little more than to link to already existing rehearsal clips.

I understand everyone has warmed to a couple of songs I have given the cold shoulder until now. It is possible for good performances to swing your perception of an entry - I never thought much of "Shady Lady" until it erupted in front of our eyes in Belgrade - and maybe I will change my mind too.

But there is a limit. Now it sounds like Australia could be a potential winner. Not just tonight but overall on Saturday night. Maybe it is visually stunning by now but it is still a very disappointing piece of songwriting. It will make it to the final but a Saturday night victory...? Really?

The hardest part about this semi is that too many songs feel indifferent. They can be nice and all but some six or seven songs are totally interchangeable and are just as likely to reach the final as something else. I think my prediction could be way off tonight. But here goes.

The seven songs that will leave us tonight are:

MONTENEGRO
A bit of campfire cosiness that nobody will vote for.

FINLAND
Tonight's climate conscience performed by someone who - by the sound of it - doesn't sound too interested in climate change. Not horrible but pointless.

ESTONIA
Polished radio staple with not a single hint of emotion or anything.

GEORGIA
Suddenly this looks good on-screen too and everyone expects it to qualify but Europe is seldom in the mood for bombastic men singing in their own language.

SAN MARINO
I promise to be happy for the smallest state in the running if I am dead wrong here but I suspect this will come across as tired and a tad too ridiculous for most.

BELARUS
Personally I quite like this - thanks for wondering in the chorus - but I think this is a bit too anonymous to be remembered in the end and will get beaten by something inferior.

SERBIA
Fans of Balkan ballads tell me this will do well since it is the only one of its kind. I don't think it matters much as it is mainly a snoozy songwriting exercise.

Out of these seven I feel absolutely sure about three: Estonia, Finland and Montenegro WILL leave us tonight. Otherwise Hungary could miss out instead of Georgia. Belgium just as well as Belarus. Slovenia passes over everyone's head and Serbia qualifies. And Portugal could prove just too demanding in the end and make an early exit.

In short - I have no idea. But that will make for excellent entertainment tonight.

I will hang out on Twitter during the broadcast - feel free to interact with me.