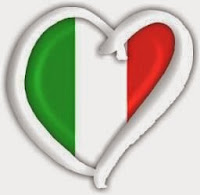 The Austrian team was joking after the second semi final and suggested they might put a bit favourite to sing as number two in order to see if there really is a curse of performing second. Instead they seem to have gone for trying another curse.

For the last two years it really hasn't been an advantage to be the last one on stage either. Ireland ended last in 2013, UK flunked in 2014 despite being one of the favourites.

But can anything stop this tropical storm of emotion, operatics and passionate love? Is there any way this one could lose, being the last one the audience will hear? (Or will the audience be exhausted by then and turn their ears off? Not an impossible scenario either.)

It would be most interesting to see how Italy would take on the task of organising this event. Not least since Rome 1991 forever will stand out as the most perfect realisation of televised chaos.

The question is how much momentum the ESC managed to gain in Italy since their comeback. How much funding would RAI estimate the contest to be worth? Maybe an Italian victory would result in a really low budget contest next year? Preferably a slick, good-looking and visually appealing low budget contest.

That alone would be worth a victory.

Dream placing:
top two. Maybe RAI officials would prefer another second place but it's not for them to decide.

Email ThisBlogThis!Share to TwitterShare to FacebookShare to Pinterest
Labels: 2015, Italy