Tobson speaks up: ESC 2022, the finalists 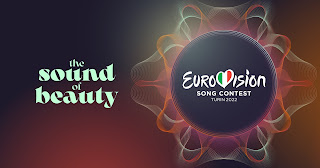 The best thing about the ESC being hosted by one of the big five countries is that we will have twenty-five songs in the final, which is a pretty ideal number.
I don't know why that one song makes such a difference but it does. It's as if there was some sort of invisible line between twenty-five and twenty-six, where many become too many. Maybe it won't be as much of a negative singing last in the final this time?
Anyway, it's not impossible also next year's final will have twenty-five entries since the Big Five have overall made big efforts (most of them) and it's not entirely unthinkable that one of them would run away with the trophy again.
Here are my (slightly longer) opinions on the songs already in the final.
ITALY
Mahmood & Blanco / Brividi
The burning question ever since Måneskin won last year has been if Italy would now be the first county to secure a home victory since Ireland in 1994. Sanremo has been in good shape as of late - thoroughly updated but still firmly focusing on songs and singing over visual gimmicks - something that seems to have slowly trickled back to the ESC as well. So, will there be a double? It is definitely not out of reach. "Brividi" is an outstanding song, superbly performed, and especially Mahmood has an incredible way of working the cameras. At least it will be the first host country act to place top five since Frans and if it isn't I will have to ask to talk to the manager.
Grade: 5/5
FRANCE
Alvan & Ahez / Fulenn
Pretty wild to go from French having its best showing in the contest for many a good day to the first year ever without a single song in the language of Voltaire. Instead we get a mashup between a rave party and a fest-noz in Breton and I'm very happy with that too. Musically, this is top crop with a lot of catchy elements and a really convincing backing track. If it hadn't been for the rather poor visuals and messy camera work we've seen so far, this could be a potential winner too. If we are given a tighter production, this could be a dark horse.
Grade: 4/5
GERMANY
Malik Harris / Rockstars
The last decade has lead me to think that the people in charge of the German participation has no idea what the ESC is, how it works and what you need to be successful there. Given what it looked like from the outset, Germany somehow got it surprisingly right this time. Malik isn't bad and the song has its inspired moments and has won a number of fans in the lead-up to the contest. Seriously, though. Germany has the potential to go top five every year and with that in mind, this just isn't good enough.
Grade: 2/5
SPAIN
Chanel / SloMo
What a lift the Benidorm Fest turned out to be for the Eurovision brand in Spain. It gave the audience high production values, loads of entertainment, a high rate of engagement and loads of media coverage. The one thing they have to improve for coming years is the lineup: while most songs were good, few felt like potential contenders at the ESC. Chanel is working hard and "SloMo" has a hit single kind of air to it, but is also fairly linear and lacking in climax. It will do better than Spanish entries have done of late but probably nowhere near as good as many fans expect.
Grade: 3/5
UNITED KINGDOM
Sam Ryder / Space Man
Seeing the UK enter a song that could potentially score points and end up on the left side of the scoreboard is such a seismic event these days that it made many people lose their heads a bit. It is a compelling piece of songwriting, very competently performed, put together from some very familiar bits and pieces (a pinch of Bowie, some late-60's psychedelia, and I swear that bridge is Something that The Beatles recorded at some point). But then there is one fact that applies also to the UK: you don't always get a good score just because you made an effort, you also need luck. In other words, this could place anywhere between 5th and 15th in the final. Unless Sam hits a bulls eye and knocks it out of the park on that Saturday night, then anything is possible. Best UK entry since Imaani either way.
Grade: 4/5
Feel free to check out my reviews of the songs in semi one and semi two as well.
Posted by TobsonHelsinki at 00:30