Look who is back! (It's Australia.)

So it has been announced that Australia will take part also in the 2016 Eurovision Song Contest. The country whose participation was a "one-off", a "special occasion to celebrate the 60th edition", didn't have to wait long to be upgraded to a regular participant.

First of all: splendid news. Welcome, Australia! They did really well on their first participation and I hope they will keep the quality up. Australia's huge interest in being part of this european manifestation is fascinating and flattering and I am more than pleased to have them among us. 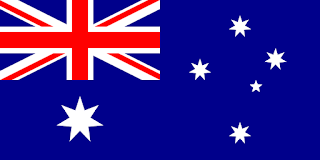 Then there are a few things about this whole thing that I am less impressed with. None of them concern Australia as such but here goes.

This little paragraph could be pretty handy to have if or when some countries knock on the door and want to participate. Countries that have financial muscles but could be seen as morally questionable. Let's not throw around names here, but the ones that have been frequently named have all fallen short when it comes to this precious paragraph. How can you deny any country the right to participate now?

There was talk a few years back to implement some sort of moral codex that participating countries would have to live up to, but as far as I know that never came to anything.

The EBU had better come up with a really convincing and waterproof explanation why Australia would be worthy of an exception and stress that the rule otherwise is very much in place.

Another thing the EBU might want to think through properly is what it means to them to be trustworthy. Is it important for them to come across as transparent and sincere? To stick to your words? Or is it fully acceptable to state something as fact while you know it isn't true?

"The only possibility for Australia to take part in 2016 is in case they win in Vienna". I don't know how many times I saw that stated, emphasised and underlined during the run-up to the 2015 final. I don't recall Australia winning and yet - here they are.

It would be nice knowing that the things communicated as facts are actually true. It doesn't look good when you can't be sure if their press releases are true or smoke screens. Fair play, please.

And welcome back, Australia.
Posted by TobsonHelsinki at 14:25

Email ThisBlogThis!Share to TwitterShare to FacebookShare to Pinterest
Labels: 2015, 2016, Australia