RÚV released the five songs taking part in the first of two semifinals leading up to this year's edition of Söngvakeppnin - the Icelandic national final for Eurovision - and of course I needed to check them out.

Iceland has always been very close to my heart in this contest, and one of my oldest dreams is to see Iceland win and host the ESC - not least when they have been quirky, unpredictable and modern.

Lately, however, the Icelandic entries have above all been nice. Pleasant. Unproblematic. Sweet and likeable enough to make it to the final but far too unspectacular to collect any larger sum of points in the end.

The first five songs stick pretty close to this formula. Perhaps the ghost of Yohanna's successful but über-sweet song from 2009 still hangs over the local songwriters, but these songs show no interest in challenging their audience. There is no risk anyone will feel disturbed or offended by this lot.

There is a sweet and pretty ballad sung by a male tenor, there are two girls with soft and slightly quirky up-tempo numbers, and there are two men with likeable but slightly old-fashioned songs. "Dönsum burtu blús"so much so that I almost expect Sigga and Sissa from Heart 2 Heart to come dancing out doing the twist in the background.

There is nothing wrong with being nice. I just happen to know that Iceland could be much more interesting than this. Maybe there will be something unexpected that pushes the limits in the second semi instead of just being nice.

That would be nice. 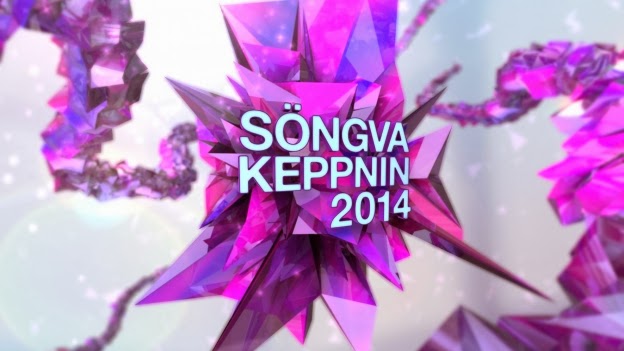