So much for Nordic domination

Take a look at this picture. It doesn't tell the truth. 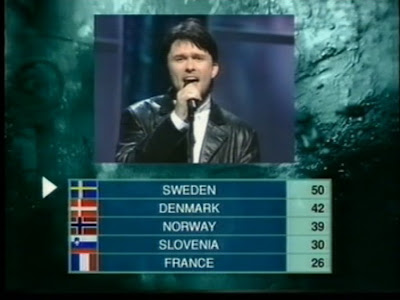 Well, of course it tells the truth in one way. The 1995 voting started out well for the Nordic countries, and on this leader board three out of four Nordic countries taking part were in the top three positions.

The Nordic countries have done well through the years, especially since the 80's, but have never dominated like this. No year has the top three been all Nordic. Never has a top five consisted of more than three Nordic countries.

Only twice has both the winner and the runner-up been a Nordic country.

Let's entertain ourselves and see what years had Nordic countries in top five, and what countries made it there:

Quite impressive figures, but still quite some way from domination. When will we see the first all-Nordic top three? And will we ever see an all-Nordic top five?

How far will the Nordic entries go in Düsseldorf?
Posted by TobSon at 22:59