In the 90's, Ireland won Eurovision four years out of five consecutive years (which, frankly, made me develop a certain allergy towards Irish entries which lasted for at least ten years after their last victory) and also made history by hosting it after each victory.

What surprised me and many others is that RTÉ managed to stage very individual contests, that did not feel like repeat runs. New stage designs, new hosts, new creative teams.

They even managed to make the scoreboards look fairly different to one another, even if they are clearly all variations on the same look. 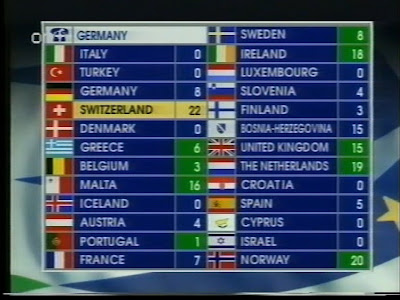 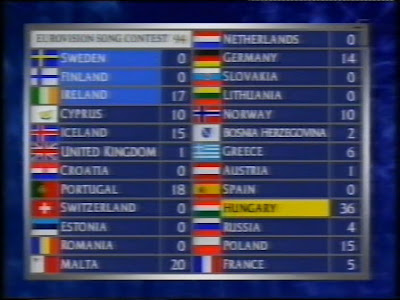 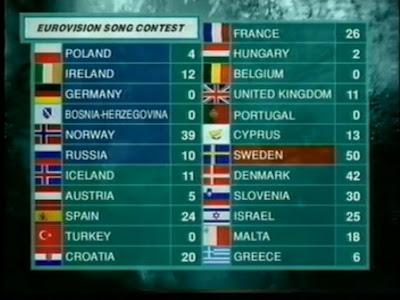 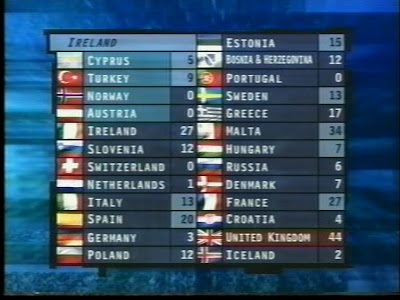 They all follow the same pattern and are all programmed the same way, but connect nicely to the colours and themes of each year. Clean-cut and easy to follow.

It would really be rather nice to see a new RTÉ scoreboard again someday. But then they have to break their trend and start winning again...
Posted by TobSon at 10:02