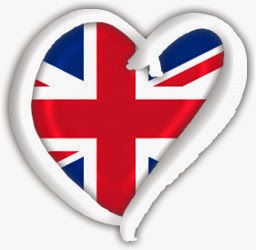 It looked like the Eurovision Song Contest was about to die as only twelve countries signed up for the 1970 edition in Amsterdam. Perhaps no wonder as the ESC had lost a lot of credibility after allowing four countries to win the previous year.

If the main goal was to restore credibility, then the BBC scored big time when convincing Mary Hopkin to represent the UK. Not only had she had a big international hit with "Those Were The Days", she was also the first eurovision participant signed to the Beatles' own record label Apple.

As the contest took place in March, the Beatles hadn't yet officially disbanded and having a Beatles-related act in the ESC was a big thing.

However, the top act was to be beaten by an Irish schoolgirl with an icky-sweet love song that would go on to be a eurovision evergreen as well as a huge hit all over the continent. Mary Hopkin didn't mind as she - like many other UK entrants at the time - profoundly disliked the song she had been set up to compete with.

A deserved 2nd place?
Absolutely. This is a lightweight but very likeable little number that still feels fresh. Much more so than the Irish winner. Unlike Mary Hopkin I say this should have been the winner with Germany in second place and Ireland third.

Mary Hopkin - Knock Knock Who's There? (United Kingdom 1970)
Posted by TobsonHelsinki at 15:09