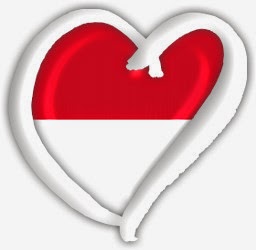 Just like Luxembourg, Monaco's participation in Eurovision had very little to do with showcasing local talent. Instead a popular and influential radio station saw their chance of participating in the biggest entertainment show in Europe and plugging a song that they could launch on their air waves.

Monaco often scored high placings without getting too close to victory. Winning was certainly not anything they desired, as proven by their choice not to host the ESC after Séverine winning the whole thing for them in Dublin 1971.

Back in the early 60's, it might have been possible for Radio Monte Carlo to host the event, given how small it still was. Any old hall would have done, a few cameras would have been enough.

Perhaps there could have been a final held at the Casino, had François Deguelt managed to pull it off. The song was a classical and classy chanson with pretty risky lyrics about a love affair on the verge of turning very physical indeed. The delivery is relaxed and confident, bordering on being cheeky, and Deguelt was a star in the French-speaking world.

He had already represented Monaco once before in 1960 and was also known as an actor and a writer, and would later be the ESC commentator for the French-speaking audience. Perhaps the song proved a little too similar to the 1961 winner and the juries gave twice as many points to Isabelle Aubret instead.

A deserved 2nd place?
Well, why not? It is a good song and the juries obviously wanted a love song in French. Otherwise it had been equally nice had they showered Germany's Conny with points instead.