After three warm-up shows where the 12 contenders have been presented to the audience, Finland will finally start eliminating songs in order to make a final shortlist of eight hopefuls. This is the third edition of the UMK selection modus, and despite failing to make Finnish fans over-enthusiastic it has still been an ambitious attempt to make a long-needed reboot of the national final. 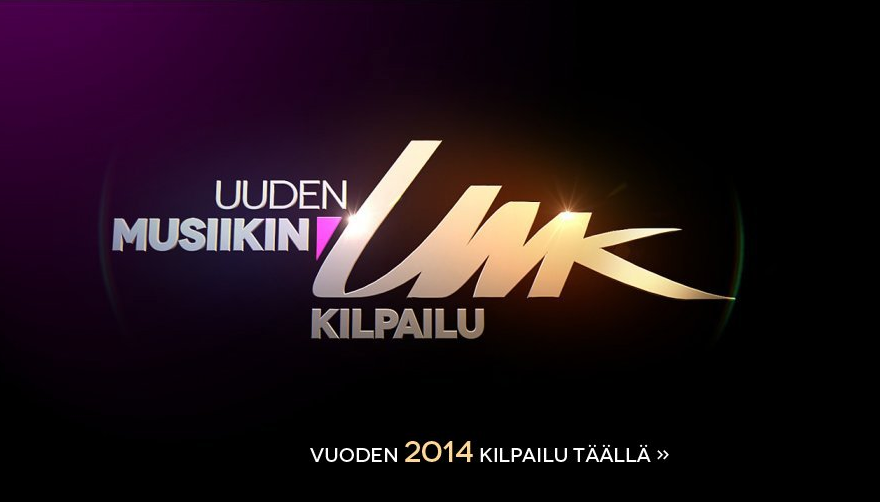 I've been a slow starter this season, but finally got around to listening to the entries and watching the demo performances shown on Yle and I find myself wondering what the purpose of this contest really is.

If the purpose is to showcase new Finnish talent, it is doing quite well. There are few opportunities for unsigned Finnish talent to sing for a larger audience - let alone on television - and many of these songs sound like they could have a future in the local charts.

If the purpose is to find a successful Eurovision entry, I'm more puzzled.

None of these candidates sound like given qualifiers in Copenhagen. They are all nice, well produced and in many cases enjoyable. They are just not the type of songs that get showered in points when international televoters get to have their say.

My objection is - as many times before - that the songwriting is too generic and too unsurprising. I'd like to tell a few of these people that choruses are not bad for you. Hooks are your friend. Being catchy is not a sin.

In the 1974 German internal selection, the broadcaster listened to the songs proposed by the selected singers, then told them none of the songs was good enough and asked them to produce new ones. Had I been in charge of UMK I would have been tempted to tell a few of these singers something similar.

Many of them are promising talents, some of them have promising songs. But unless some of these songs start growing and growing, it will be hard for anyone of these to make any bigger impression come May. Unfortunately.
Posted by TobsonHelsinki at 19:39