Nobody's favourite but mine, part 3 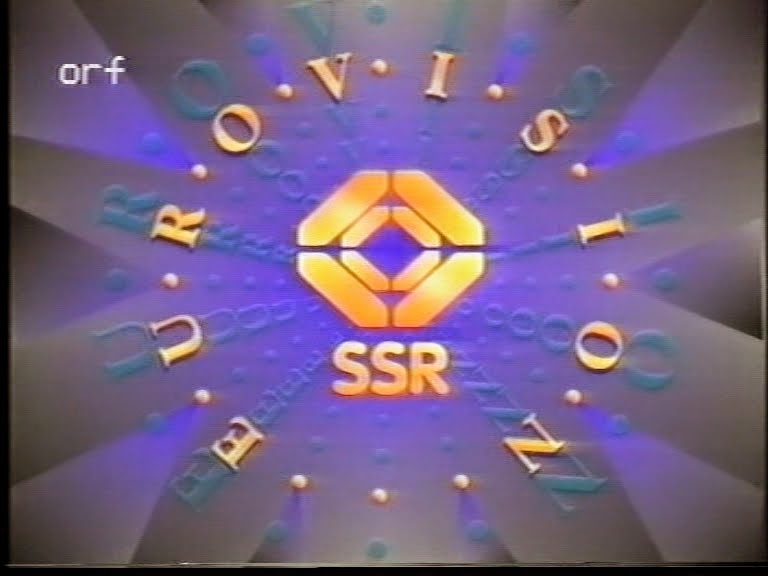 What fun it has been making the list of songs I thought I was the only person alive under God's divine sky to like and enjoy. Part 1 and Part 2, however, taught me many people share my odd taste so here we go with five more songs that somehow seemed to appeal to the mainstream of eurofans.

I was only 11 years old at the time and didn't really understand what the Swedish commentator meant when he implied the UK was in an outright downhill and no longer delivered anything really convincing to Eurovision. I thought this song was fun and catchy, and Rikki's backing group provided dance moves even I could manage. What was there not to love?

Besides, the Swedish commentator had no idea what a REAL downhill looks like, and neither did the UK until some twelve-thirteen years later. Rikki did end in a 13th place - the worst UK placing until then - but somewhere in Liverpool a real disaster called Jemini was just waiting to happen.

This is actually a really lovely little song. Gentle, sensitive, heartfelt. It is well sung and is overall a rather catchy ballad. It just tries really hard to distract anyone from noticing. The composer was quoted as being unhappy with the confusing arrangement in the beginning of the song. Had I been him I would have worried a whole lot more about the performance as such. Where do I begin?

I would have loved to have a look inside the head of the Austrian choreographer. What can he have been thinking? Some heavy dancing would be nice. Backwards dancing would be even better. And somebody has to wear a helmet. Dancing has never been stranger.

When the expert jury overwhelmingly voted Pas de Deux as winners of the 1983 Belgian final it would be a real understatement to call the studio audience enthusiastic. They whistled, booed and most left the hall before the winner's reprise was over. I guess Belgian audiences prefer heartfelt ballads about mothers to more experimental stuff.

And experimental it was, made to annoy rather than please, with it's distinct rhythm, it's intense brass arrangement and its constant repetition of one single line that doesn't really mean anything. It is close to what Greece is doing this year - presenting a set of rhythms and hooks rather than an old-fashioned song - but back in the early 1980's it was far too avant-garde to go down particularly well. At least the Spanish jury liked it and gave it eight points.

Just to make one thing very clear: there isn't the slightest hint of irony here, no tongue in cheek. I really think this song is fun and happening and that Baby Doll is a most spectacular performer. If you are looking for fine singing this will perhaps be slightly disappointing but it is not likely do bore you at least.

Since Yugoslavia had done well four years in a row I was convinced this one would be top ten material and was a bit shocked to see it end second last with only one point from Malta, beaten by a whole bunch of soporific ballads.

Not too surprising that a televoting audience that had lived through endless ballads with flute and violin and pretty harmonies and an Irish win-athon would go for something more cheerful and upbeat when they finally got the power in their hands, but it is a shame that they overlooked this last song on the night. Vlado is a really cool cat who wrote himself a really good song - a sort of Leonard Cohen of the Balkans - that would have deserved a lot more attention than this. At least they would have deserved a neighbourly top mark or two.
Posted by TobsonHelsinki at 16:24